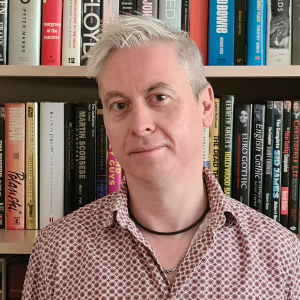 The reality behind ‘Blue Monday’

The 18th of January is this year’s ‘Blue Monday’, reportedly the most depressing day of the year. But depression and other mental health problems is a year-round concern for many workers. We talked to Mind’s Emma Mamo about dealing with mental health issues in the workplace

Few people relish going back to work after the Christmas and New Year knees-up. The decorations have been stripped down, Dry January pledges have been made and economy drives put in place. But, in 2005, it wasn’t the first day back that was declared the most depressing day of the year, but the third Monday in January. That was the day, it was claimed, where morale was at its lowest. The myth of ‘Blue Monday’ was born.

Worked out through an apparently convoluted equation, it was soon rubbished as nonsensical pseudoscience. But just because ‘Blue Monday’ doesn’t exist as a phenomenon shouldn’t deflect attention from the very real problem of work-related mental health issues. In a recent YouGov poll commissioned by mental health charity Mind, 56% of respondents said they found work very or fairly stressful – more than debt, health or relationships.

Unfortunately, mental health at work is still regarded as a taboo subject. Many employees still feel uncomfortable talking to their line managers or HR departments about issues such as stress and depression, even if it’s so severe that they have had to take time off as a result.

“Of the workers we polled who had been off work with stress, just 5% had told their employer they were too stressed to work,” says Emma Mamo, Head of Workplace Wellbeing at Mind. “The remaining 95% cited another reason for their absence, such as upset stomach (44%) or headache (7%). That’s why, above all else, we want employers to create a culture where staff feel able to talk openly about their wellbeing without being perceived as weak or incapable. It’s not just about HR departments though, creating mentally healthy workplaces requires the backing of staff from every level – from directors and executives to junior employees.”

Depression remains one of the most common mental health problems, affecting one in ten people at any one time. Pressures in the workplace, from long hours, dealing with difficult situations or people, or fear of redundancy, can both cause and worsen depression, and it is important that employers address this issue in the workplace. Organisations need to create an open and honest culture where people feel they can talk about their wellbeing, and HR departments are integral to this.

“HR has a vital role to play in supporting an employee with a mental health problem – whether they are in work, off work or returning to work,” says Mamo. “This includes supporting the individual directly and supporting their manager so they feel equipped to manage the situation. Creating an open dialogue leads to a system of support and understanding between employers and employees.”

In 2007, Mind, along with fellow charity Rethink Mental Illness, set up Time to Change, the most ambitious campaign yet to end the stigma and discrimination faced by people with mental health problems. Its own research has found that, since its second phase began in 2011, more than two and a half million people (6% of the population) have improved attitudes to mental health issues.

“Over the last few years, there has been a quiet revolution around the water cooler as senior management, HR departments and line managers increasingly acknowledge the impact of mental health on their staff,” says Mamo. “This is in part due to the positive impact of Time to Change. We’ve seen over 350 organisations demonstrate their commitment to supporting the wellbeing of their staff by signing the Time to Change organisational pledge. We’ve also seen a huge increase in demand from employers for our training and resources, such as mental health awareness for line managers. One reason behind this is that employers are beginning to recognise that there are huge benefits to implementing wellbeing initiatives - staff are happier, healthier, more loyal and productive; and less likely to need to take time off sick with stress.”

None of us know when we will be hit by a mental health problem, but by anticipating and dealing with stress-related issues in the workplace, we can begin to tackle it responsibly. “Generally a common-sense approach based on open communication and good people-management is all that is required,” says Mamo.

For more details on mental health and advice on how to improve services at your organisation, go to www.mind.org.uk.